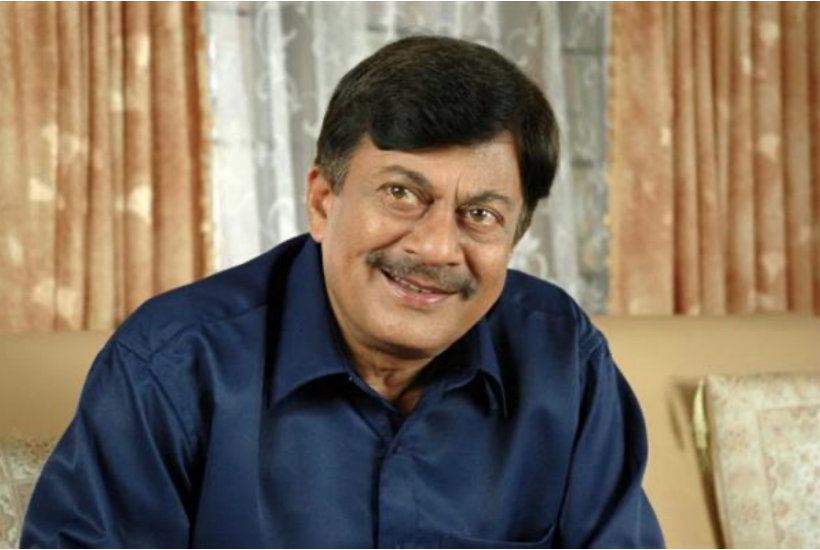 Anant Nag, a renowned personality in Indian cinema and politics, was born to Anandi and Sadanand Bhavanishankar on 4th September 1948. He hails from a lower middle class family, and spent his childhood in Anandashram, Kanchangad and Shri Chitrapur Math, Shirali. These experiences had a profound impact on his life – cementing his love for religion, country, history, culture, and tradition.

After an early education in Udupi, Shirali, and Honnavar in coastal Karnataka, Anant was sent to Mumbai where he completed his matriculation. Thereafter, while in college, he joined Union Bank, giving his career an unassuming start. His interest in the performing arts led him to theatre, where he debuted with a 3-act play in Konkani. His talent was instantly noticed and recognized. He was further trained in the craft by drama stalwarts of the time – Shri Mudur Prabhakar, Shri Venkatrao Talgeri, and Shri RD Kamat. Anant went on to become the rage in theatre circles – Shri KK Suvarna introduced him to Kannada theatre, while Shri Amol Palekar led him to Shri Satyadev Dubey of the Marathi and Hindi theatre units. And in a matter of just 5 years, Anant had performed over 50 plays across languages.

In 1973, Anant made his way into the world of cinema. Under the guidance of the trio – Shri Girish Karnad, Shri GV Iyer and Shri YNK – he acted in his first film SANKALPA. He was then noticed and critically acclaimed for his nuanced performance in ANKUR – a film by celebrated director Shyam Benegal. Ever since, there has been no looking back. He has essayed a variety of roles in over 300 films in Kannada, Hindi, Telugu, Malayalam, Tamil, Marathi, English, and Tulu. He played an integral role in creating Malgudi Days, a show - much ahead of its times - that went on to become a rage in not just the state of Karnataka, but also nationally and internationally. Known for his natural performances and versatility, Anant has been favored by audiences across regions, age groups, and genders. He has been conferred the Karnataka State Best Actor Award 4 times, and the Filmfare Award on 5 occasions.

However, Anant’s interests extend beyond the performing arts. Given the political landscape of the 1970s, Anant was actively involved in the campaigns of the Janata Parivaar between 1977 and 1988. In recognition of his dedicated efforts during this time, 4 he was nominated as Member of Legislative Council of Karnataka from 1988 to 1994. He went on to be elected as Member of Legislative Assembly in 1994, where he served as Minister of State.

In 2001, Anant authored and released his first book ‘Nanna Tamma Shankara’, that documented the life of his late brother. The book was an instant hit, which also won him the Karnataka Sahitya Academy Award.

Over a 50-year career, Anant has donned many hats and played every role to perfection. For his immense contribution, he has been awarded the Lifetime Achievement Award by the Karnataka Government as well as the Karnataka Rajyotsava Award.

He continues to do meaningful cinema till date and is known to be a master of varied subjects, including Sanskrit, history, arts, and politics.