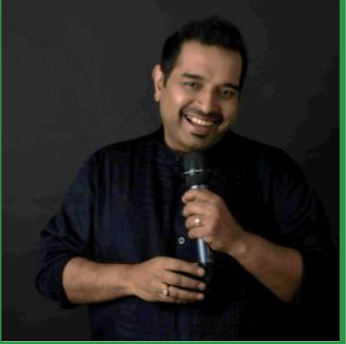 Shankar Mahadevan is a top music director, composer, singer, and entertainer. His powerful voice and years of hard work in learning classical music have certainly helped him in hitting notes that leave the audience amazed. He rose to fame with "Breathless" in 1998, and has since been a top playback singer and music producer, winning many national film awards for his voice and production. Shankar is also a popular TV personality and has judged music reality shows like Sa Re Ga Ma Pa. Shankar sings Hindi, Marathi, Tamil, Malayalam, Kannada, and Telegu songs.